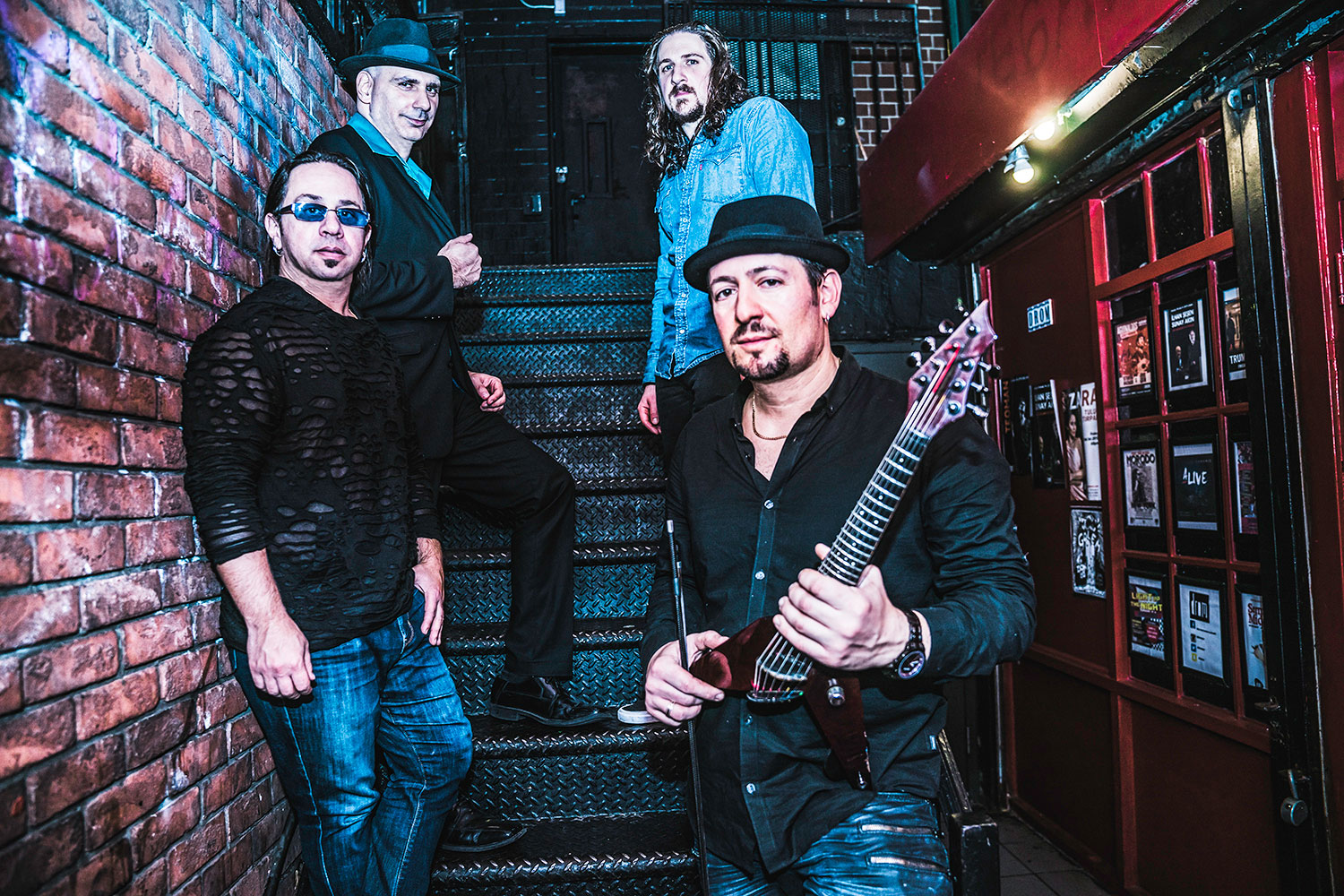 Led by electric violinist/vocalist Joe Deninzon , who has been called The Jimi Hendrix of the electric violin, Stratospheerius has showcased their “frenzied melange of  progressive rock, jazz fusion and funkabilly” throughout the world. The New York-based group has opened for Martin Barre, Alex Skolnick, John 5 & The Creatures, Gary Hoey,  Mike Stern, Tim Reynolds, Mickey Hart, and John Scofield, among many others. The group’s influences include Yes, Spock’s Beard, Muse, Frank Zappa, Mahavishnu Orchestra, and King Crimson. Stratospheerius was a winner of the John Lennon International Songwriting Competition the Musicians Atlas Independent Music Awards. They have been featured in Progression, Relix, Downbeat, and Jazziz, among other publications. Their latest CD on Melodic Revolution Records,  Guilty of Innocence, has been widely acclaimed by critics and fans.

“Joe Deninzon has pioneered a new standard for rock violin, much the same way Ian Anderson did for the flute.”

“(Violinist/singer) Joe’s talents are flat out phenomenal, and the progressive rock tapestry he weaves around himself is carried out to perfection by his amazing band.”

“ (Joe) Deninzon has been called the Jimi Hendrix of electric violin… his violin swoops, howls, and dive bombs.. while charting an eccentric course that conjoins whiplash funk, spacey electronic, and progressive rock!!”

“I love it when artists push the boundaries of what is perceived as the norm… And I love it even more when it’s pure magic, just like Joe Deninzon & Stratospheerius… I tip my hat and bow my head in awe.”